A take at Design Thinking inside and outside the DI LAB

The process starts with:

1. An initial exploratory activity or set of activities, focussing on data gathering to identify user needs, helping EMPATHIZE with the stakeholders involved (different sets of people involved in the process)

2. followed by identifying the set of problems/gaps/issues, to DEFINE the problem statement,

3. basis which the potential solutions are figured, enabling the team members to IDEATE for problem-solving,

5. which are TESTed with the initial set of stakeholders involved, to check how effective the proposed solutions can be.

It was in 1959 that John E. Arnold talked of Design Thinking, explaining that the creative approach can bring out solutions that satisfy a novel need or solutions that satisfy an old need in an entirely new way, increase performance levels of a solution, lower production costs and/or increased saleability. This ability of designers to go beyond the obvious has been seen as a talent specific to some. Even creativity, for that matter, has been considered specific to a certain few. However, in 2010, IDEO founder, David Kelley officially coined the term *Design Thinking* explaining that in fact, anyone can be a “designer” or “creative” with the right type of thinking.

In a one-on-one session, David had once told me that “Design is about painting the future with your own ideas in it,” emphasizing on how it is about the individual and her/his ability to process the ideas in their minds. David’s explanation on the creative mind of a designer brought the approach to public light, and since then, Design Thinking has flourished. CEO, IDEO, Tim Brown elaborates the same, explaining that Design Thinking taps into capacities we all have but that are overlooked by more conventional problem-solving practices. The approach also turns out to be an exploratory one, helping thinkers understand their own selves better, in order to work for others, creating overall development.

“Human-centered approach to innovation that puts the observation and discovery of often highly nuanced, even tacit, human needs right at the forefront of the innovation process”

At the DI Lab at ISDI, Design Thinking is one of the core subjects taken up by the students. Building makers of the future, it stands essential to sensitize students with the users before they get to work. Be it products, services, or systems, as future change-makers, every student *must* be equipped with skills that assist progression and not regression which is only possible if they understand and value pain points and gaps.

This image by Craig M. Vogel explains how Design Thinking impacts not just the process but also helps in value-addition for the people involved in the process — the different stakeholders, be it users or study enablers, or the ones remotely connected to the system being approached. The process also forces one to think more and question the different stages, in order to actually innovate, and not just create for the sake of creation. The course requires students to look at actual, real-world problems for which they research with actual users to design according to their needs.

Project PATCHIKO, for example, started in 2018, considering POTHOLES as a common problem in India, affecting not just the quality of roads, but also being a major cause for road mishaps — it is believed that most metro cities in India have around 2000+ potholes, and the annual deaths due to this problem are around 3500 — that is 3500 lives lost annually, due to poor roads in India. Diving deep into this problem, speaking to experts, analyzing how potholes are filled now, Patchiko was created as a DIY pothole filler, with easy accessibility and affordability by users, operating on compaction as a principle.

Some key questions that come across the approach are:

The outcomes have been surprising, looking at behavior change, systems design, or even service innovation for that matter. For students to understand the impact of workshops of Design Thinking, DI 2017–18 batch conducted a Design Thinking workshop at Don Bosco Institute of Technology, Mumbai. The students wanted to test how well engineering students respond to the approach, bringing about a change in design perspective for engineering students. The workshop looked at various healthcare themes, and the batch, along with the engineering students was able to conceptualize some interesting prototypes for the different problems that were being looked at.

Over 100 students from varied engineering backgrounds participated in the workshop and were amazed at how design processes and result oriented, and not just result oriented, after all. One major insight observed by DI was how students from varied backgrounds could collectively come up with ideas that were far more practical and useful in comparison to ideas that were put across by teams coming from similar backgrounds.

So to think of the approach is just a fad would be naive because while the term is certainly new, the process has been followed for years. As an attempt to *prep* Designers, rather Change-Makers to empathize and build accordingly, students from the DI Lab have worked on medical innovation, social impact, organizational restructuring and behavior change, other than working on tangible and digital products, attending to problems of the users involved and even ones not involved, in order to move towards a smarter future.

Vivek, from DI 2017–18, a product designer, can often be seen interviewing people, trying to solve for some of their most common problems, spending hours to grab the essence of the gaps that people face.

Samyuktha, from DI 2016–17, started Nostal, almost a year back, preparing utilitarian souvenirs, representing her city, Madurai. Going back to the idea, she identified the gap that the city has a lot more to offer than what is visible to the eye and she wanted to bring that very essence for the world to see. Her approach has been to start her own manufacturing setup, tapping on the tradition that the city and the state have to offer.

With the focus on identifying gaps and solving for the users, this approach is human-centric in nature, which is exactly why it gains supporters also. Ranging from Fashion to Entertainment and Aerospace, Design Thinking has been looped onto some of the most interesting innovations. To conclude, in Urban India, most of us now know of Arunachalam Muruganantham , the man famously known as Padman — a closer look into his journey shows how he went back to the basics of Design Thinking, unknowingly, but came out with flying colors, after failing time and again.

“It is about them and for them. The closer the end-users’ needs are analyzed and answered, the more successful the adoption or purchase of a solution. You iterate until you get it right from a customer perspective. This the power of HCD.”

Our next story will capture the elements of a Designer’s Mindset, parts of which have been mentioned in this post as well — stay tuned!

Thanks, Ishaanee, for putting words to my thoughts, once again. 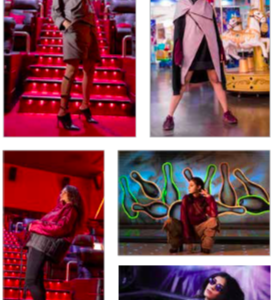 Iki-gai (The reason for being) by Shivangi Agarwal

Between A paradigm shift of the academic library by Aashna Jhaveri 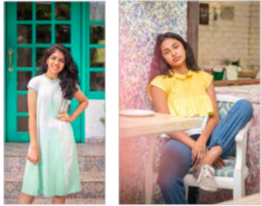 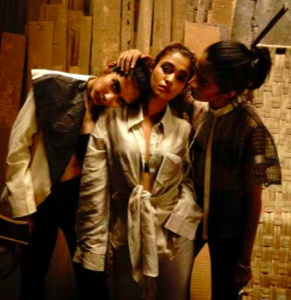 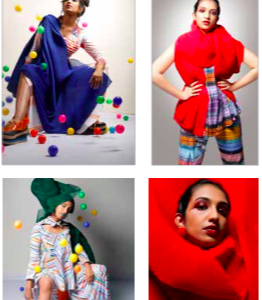 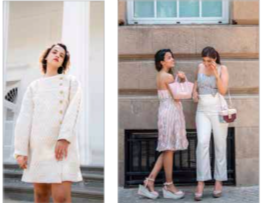 The Statement Piece by Meeti Pahuja 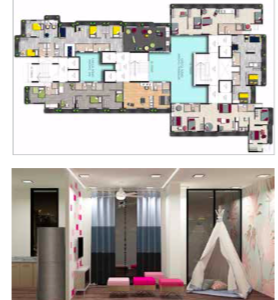 9teen Living beyond Beds and Books by Vridhi Didwania 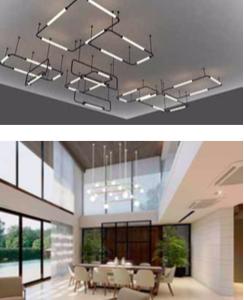